Marc Jacobs tries to Milk It

In November 2018, Marc Jacobs released the album Redux Grunge Collection. This compilation of works he did with Perry Ellis in 1993. In the furtherance of this release, he has also released a $115 t-shirt that bears a striking resemblance to the Nirvana logo that Kurt Cobain created years earlier.

In Forbes, Michelle Kaminsky lays out the particulars in a pretty damning description of what seems to be an obvious co-opting of not only the Nirvana logo, but other other items as well. Quoting the article, “One ad even features Jacobs himself wearing one of the allegedly infringing t-shirts above the words Come As You Are, the title of the group’s 1992 hit.”

Gee Marc, couldn’t you even change the color of the smiley face — just a little? I think Jacobs is going to end up having to write a big check to Nirvana. Click here to read the Forbes article. 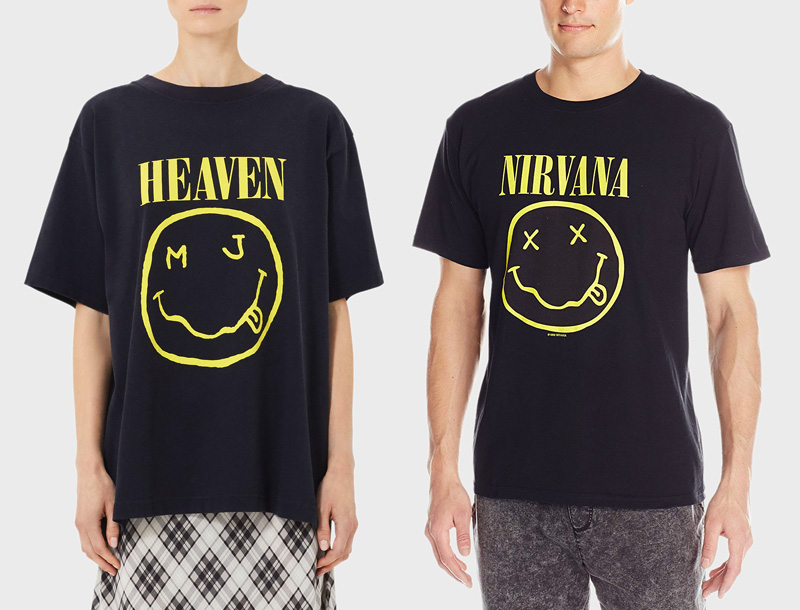